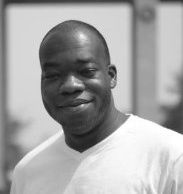 Written by Stacey Cox on 09 May 2022. Posted in Secondee Profiles.

Frank Kwame Tutu received his MEng in Electronic and Electrical Engineering from UCL in 2009. He joined the UCL Molecular Beam Epitaxy Group in March 2010 as a PhD student, to work on the fabrication of III-V Quantum Dot Intermediate Band Solar Cells. He has a broad interest in photonics and energy technologies. He has authored and co-authored a number of journal papers in solar cells and lasers. In 2012 Frank was a JSPS Fellow at the Research Centre for Advance Science and Technology, The University of Tokyo, Japan. Frank was on secondment through the BITE Industry Exchange Award Scheme at Fibercore until September 2014 working in technical customer support on specialty optical fibers. Upon completion of his secondment, Frank was offered a position at Fibercore as Development and Project Engineer.
Video: Frank’s secondment at Fibercore

Slides:Frank’s presentation at the BITE Symposium

The BITE scheme has ended. The information is publicly available for archival purposes.